Having trained Wing Chun from the age of around 4 years old with his father, Sifu Jason is someone who has always continued to improve and practice, and is a student who has dedicated his life to Wing Chun.

In he was taught by Sifu Wayne Agnew up to his 2nd TG grade and in resent years by Sifu Russel Benham. I’d like to personally congratulate Sifu Jason on this achievement it takes years of hard work and practice to reach this level in our Wing Chun system.

Well done Jason I’m very proud to award you this grade, and for you to be a part of the WCKUK team! 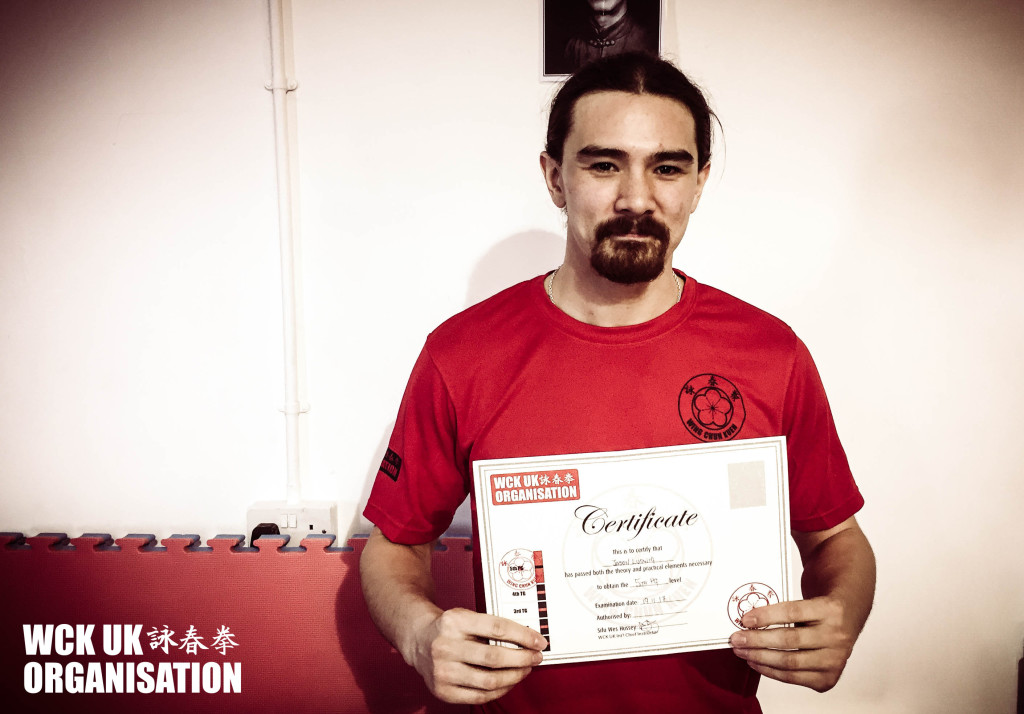